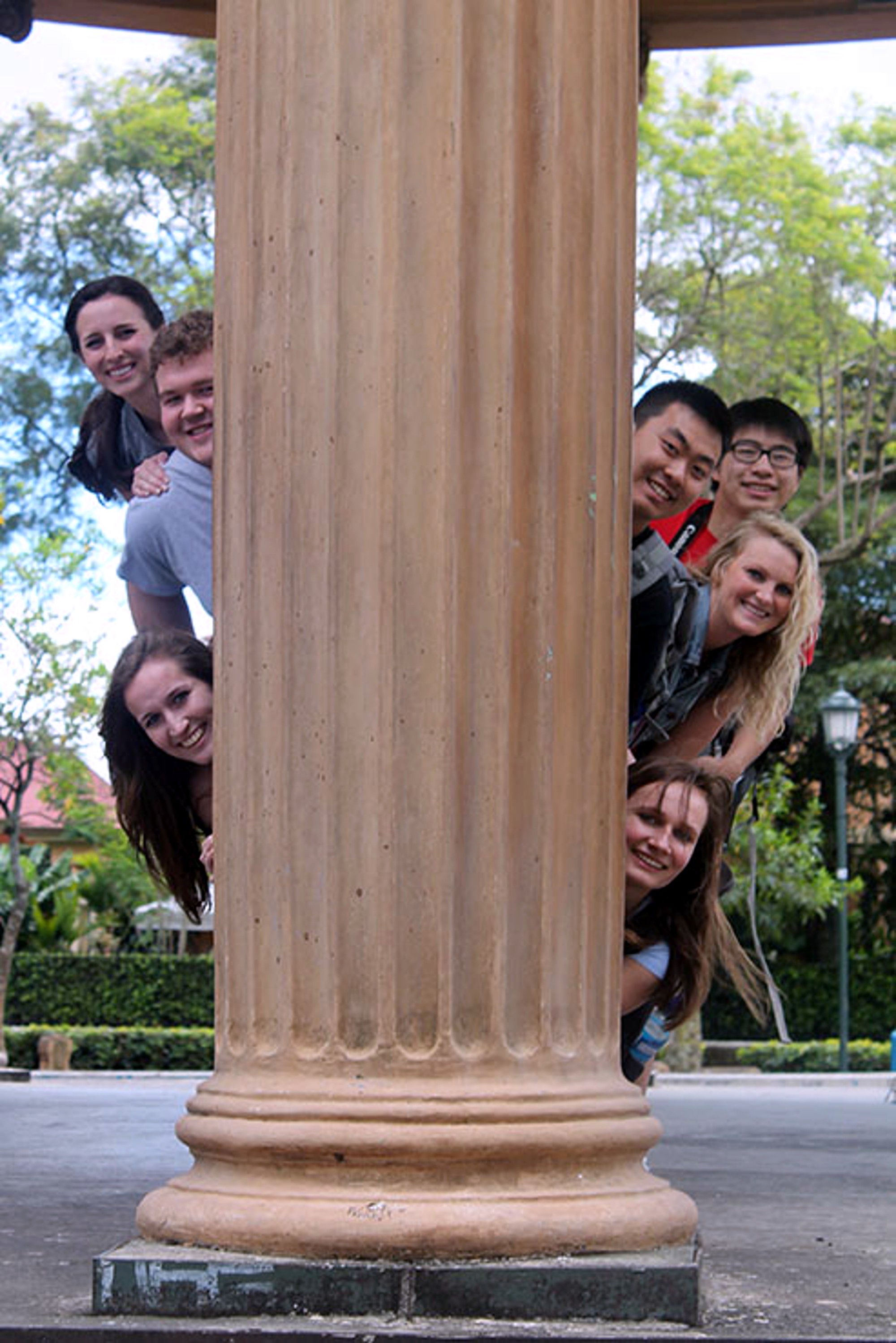 Hello from Team Purdue (plus Cristina)!! We just brought in the New Year in the best way possible and we thought we should reflect on the amazing trip we’ve had so far.

We arrived at the airport at about 1 in the morning, but that did not put a damper on our enthusiasm and Abdi, our team leader, was still as excited as ever. We immediately went to the hotel to rest for our first day of orientation. The next day we woke up and had what most of us considered an amazing breakfast, although it was not “Conrad approved.” (We have found our teammate Conrad to be a very picky eater, but even over the course of three days we have made major improvement). Breakfast was followed by orientation, where we learned some important parts of Costa Rican culture, like the use of “con gusto” instead of “de nada” and how Costa Ricans add “tico” to the end of many words. Abdi also spoke about our mission while we’re here and reinforced how important our work is in the eyes of the people we serve. After that we had a crash course in Spanish that helped many of the members to be able to confidently engage in interactions with the patients during future endeavors without going through an interpreter.

Dra. Vargas then arrived to introduce us to many diseases and common infections present in the surrounding communities. In order to prepare us for the clinics, she taught us how to do a thorough physical exam and how to take vitals and a patient history.  After that, we divided up our donations by clinic days scheduled for the following week.

In the evening we were surprised by a Latin dance lesson taught by a lovely dance instructor. We found out that North Americans struggle with natural-looking hip movement, but at the end of the lesson we were no longer stepping on each other’s toes (well, for the most part).

The next day was our first day of house visits. The already small group was divided into two teams and each team was given an interpreter and a community leader. We went house to house, knocking on doors in the name of “Upe” to offer the “golden tickets” to the clinica gratis that was to be held the following day. During this time members of the group took turns interviewing the patient, recording the information in the census, and handing out donations. It was interesting to see how patients’ health matched up to their living conditions. Going on these house visits also helped us make potential diagnoses in some cases. 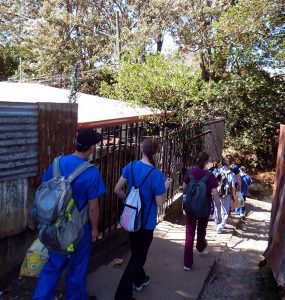 After the first few houses we became accustomed to hearing the phrase “ama de casa” as many women’s job title, but our group has decided that we would like to change that title to “alma de casa” for the amount of warmth and love they can add to a home even with limited means. We can clearly see the sense of family demonstrated by multiple generations living under the same roof. At the end of the day we gave out twenty tickets, leaving a few for walk-in visitors worried about their health. We realized by the end of the day that something we take for granted can mean the world to the people we’re serving, especially the children (and one adult) who took great pride in picking out their single sticker. We wrapped up the day with a tour of Alajuela led by Michael and a delicious Tico dinner.

The next day we woke up eager to start our first clinic. We were astonished by how well dressed and put together our patients looked compared to the day before. From this we realized that what Abdi said was very true, that they see it as a great opportunity to come to the clinic. After setting up the clinic in a church we divided up into two groups and a pharmacy and began seeing our first patients. Members of our group took turns interviewing the patient and taking vitals. After we finished our patient chart, we called over la doctora to present the case and for her to further evaluate the patient. She was very helpful and eager to ensure that both patient and students understood the diagnosis and treatment plan. She would then write any prescriptions that the patient might need, which were then taken over to our pharmacy for our group members to fill and explain to the patient before they left. 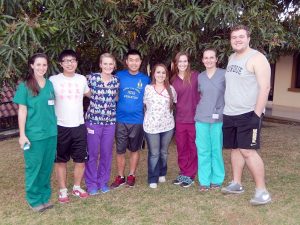 Our experience in the clinic was very rewarding and meaningful. It was especially gratifying to see how appreciative one patient was stating “she was so happy to have so many people worried about her and assessing her with smiling faces during her clinic visit. She said that when she goes to the normal clinic the doctor never even looks at her and doesn’t take time to explain her diagnosis and treatment plans.” After the clinic, we enjoyed another meal out on the town (Conrad approved!), followed by a New Year’s bash in a nearby “field” (aka a ballroom full of Costa Ricans dressed much nicer than our ISL team in sweatshirts (Abdi, we will never forgive you for that humiliation!!)).   For the next several hours we enjoyed practicing our newly acquired dance skills, although we paled in comparison to the eighty year old Costa Rican couple whirling around the dance floor. We brought in the New Year in style, jumping up and down on the dance floor to American music while the Costa Ricans scowled at our lack of coordination, dance ability, and culture. By the end of the night we had a Tico-gringo mixture of all ages, tearing up the dance floor.

The next day we woke up to the sound of the hotel goose also ringing in the New Year a little late (around 6 am) with the incessant honking reverberating through our concrete walls. After dragging ourselves out of bed, the cold shower did wonders to wake us up, but little to wash confetti stains from our skin. 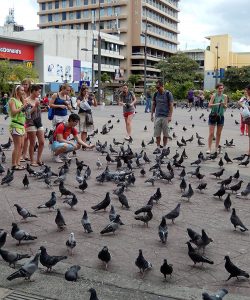 After that we left for our city tour day in downtown San Jose where we saw many beautiful buildings and far too many pigeons. The tour was followed by souvenir shopping, where we purchased many hand-made representations of Costa Rica.  At this point in time Jerry and Vas have become accustomed to answering to “Chino.”  The experience isn’t even halfway over, but our team has grown so close and we are looking forward to our next adventures.

– Betsy Schlehuser and Lane Fraser, on behalf of the team